Will the Bay of Fundy feel the Bumble Bee's Sting Too? 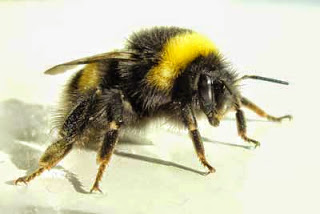 Get the pictures and subscribe at: http://fundytides.blogspot.com
State plans aid for cannery workers
Federal limit on herring catch cited as main reason for closing plant

GOULDSBORO, Maine — A state Rapid Response Team could be on-site as early as next week to begin the process of assisting workers who will be idled when the Bumble Bee Foods cannery closes in two months.

Officials from the Maine Department of Labor are working with company officials to get the process started, according to department spokesman Adam Fisher.

“We’re shooting for next week,” Fisher said Thursday. “We’re looking to start the conversation with workers about their next steps.”

Bumble Bee announced on Wednesday that it plans to close the plant on April 18, ending a century-old tradition in the community and in the country. The former Stinson Seafood plant is the last sardine cannery in the United States. An estimated 128 people are expected to lose their jobs when the facility is shuttered.

Email ThisBlogThis!Share to TwitterShare to FacebookShare to Pinterest
Labels: Fisheries