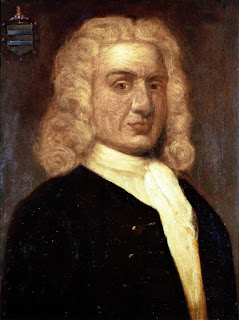 According to the voracious History of the Dutch dynasty, one Captain Robert Kidd, buccaneer, was a man of distinction in the Dutch colony of the Bronx, where stories are still current of his generosity with other people's property. In one of his frequent voyages to the eastward of New Amsterdam, says this truthful history, his vessel, while in pursuit of a richly laden galleon, was stranded at Herring Cove, Campobello. In fact, the ancient wreck at that place, remembered by many citizens now living, partially accounts for the credence placed in the story of a great iron pot of gold buried in the sands and guarded by the spirit of a murdered accomplice.

In the recent wreck of the schooner ANNA on the end of Campobello, it has been demonstrated that lineal descendants of the pirate are still doing business at the old stand. When the vessel grounded on the Nancy Ledges at about 4 pm, April 30, the captain immediately signaled for assistance and Capt Guptill's crew from Station I, CSLSS responded at once, finding the vessel breaking up fast, and helping to secure everything of a portable nature that could be moved.

When the mizzenmast went by the board the vessel was abandoned. At low water the descendants of Captain Kidd got aboard, and stole a donkey engine weighing 800 pounds. The vessel meanwhile had been sold, the engines being a special inducement. Blocks and other movable property disappeared under the very eyes of the owners, at the hands of the young yegg-man - acts which committed elsewhere would be good for a term in the penitentiary.