MYSTERY: And the Mystery Vine on Tim Foulkes' Mountain is ... 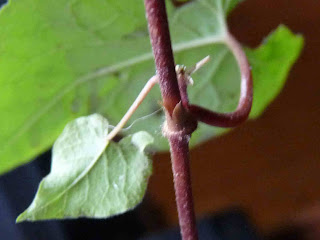 This is an exceptionally robust colony of Fallopia cilinodis (=PolygonumÂ cilinode), Fringed Bindweed. The shape of the basal lobes of the leaves (truncate, or sort of “squared off”) is a useful distinction in comparison to Fallopia scandens (=Polygonum scandens). The latter species is relatively uncommon in NB, being found only in quite rich floodplain soils and very rarely along the margins of saltmarshes on the Northumberland shore. The bright red stems (which are not always present, especially when the plant is in low light) are useful in distinguishing the plant from non-flowering Hedge Bindweed (Calystegia sepium), which is remarkably similar in general growth form and leaf shape. A close examination of the nodes, where the leaves join the stem, would reveal a fringe of hairs encircling the stipular sheath (called an ocrea in this family). That is also distinctive for the species from all other similar plants, and it is what gives the species its common and scientific names. Fringed Bindweed is a generally fairly common to common species throughout the province and is native to our region. It occurs in a variety of habitats but does well in clearcuts, forest openings and floodplains.

MYSTERY: And the Mystery Vine on Tim Foulkes' Mountain is ... 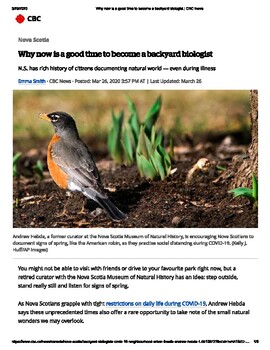