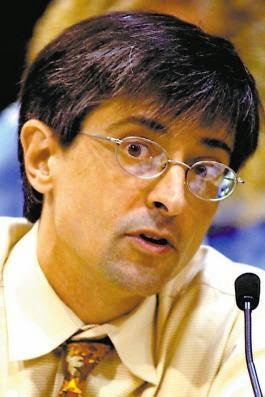 The US Energy Information Administration (EIA) announced new information on November 8 that US domestic natural gas production is expected to reach record highs in 2012. Conversely, it also expects liquefied natural gas (LNG) imports to drop from a 2007 high of 770.8 billion cubic feet (bcf) for the entire year (2.111 bcf/day)[1] to an amazing low of only 0.7 bcf/day.[2] And, LNG imports from Trinidad — the US's closest and greatest LNG supplier — have dropped 66%, due to flourishing US natural gas production according to Trinidad and Tobago Energy Minister Kevin Ramnarine on November 13.[3]

"The proposed Downeast LNG project principals have said for over six years that they planned to build an LNG import facility with a daily capacity of 0.5 bcf/day," said Save Passamaquoddy Bay researcher and webmaster Robert Godfrey. "The government indicates that the entire country is destined to import only slightly more LNG than is being proposed by still-unpermitted Downeast LNG. Downeast LNG's proposed project is completely unreasonable and unrealistic from any business or logical perspective. And, the US already has 13 other nearly-idle LNG import terminals — with a total capacity of 18.835 bcf/day — 27 times greater than the entire country will use next year. "What planet are the Downeast LNG principals and investors on?" asked Godfrey. "Downeast LNG has no permit applications with the State of Maine, having withdrawn their state permit applications in 2007 after going all the way through the process, including formal hearings, before determining permitting would be denied. Downeast LNG is over two years late in responding to questions from the Federal Energy Regulatory Commission (FERC), the lead permitting agency. Downeast LNG is also a year late in answering additional FERC questions, and has just notified FERC — on the November 8 date due — that they would be late in answering a third set of questions. The idea of a Downeast LNG terminal in Passamaquoddy Bay is a non-starter.

"The US already has many times more LNG import infrastructure than it can possibly use due to the industry's previous rush to build unneeded terminals. And now, due to the well-documented, decades-long domestic natural gas glut the country is facing, the industry is actually starting a mad rush to export LNG overseas," Godfrey said. "Downeast LNG's bald assertion that their ill-conceived, wrongly-sited proposed project it is still needed staggers the mind. There is plentiful natural gas in the US, the Northeast, New England, and downeast Maine without yet another defunct-before-it's-even-permitted, idle LNG terminal — especially an inappropriately-sited one like Downeast LNG."

On November 8 the US Senate Committee on Energy & Natural Resources held a hearing on exporting LNG.[4] Representatives from the US Department of Energy, Rice University Institute for Public Policy, and Shell Exploration & Production Company testified that such great quantities of domestic natural gas exist that LNG exports are in the public interest. The Hamilton, Ohio, Director of Underground Utilities testified that the US is in the enviable position of establishing energy independence, and no longer needs to import natural gas. "Regardless of advocating exporting or not," Godfrey said, "the testimony indicates that domestic natural gas is available in massive, decades-long supply, eliminating the need to import LNG."

"What's more," Godfrey continued, "Downeast LNG cannot meet the US Coast Guard's requirements regarding LNG ship safety and security. The Coast Guard has stipulated that Downeast LNG must obtain Government of Canada cooperation and coordination for safe and secure LNG ship transits through both Canadian and US waters.[5] Canada has resolutely and repeatedly indicated it will not do so.[6]

"It's time Downeast LNG's Dean Girdis and cohorts, and their venture-capital partners, Kestrel Energy Partners and Yorktown Energy Partners, faced reality. Downeast LNG was years-late, inappropriately-sited, and surplus even when first proposed in 2005. It is grossly more so now, with insurmountable obstacles. There is no demonstrable need — in fact, quite the opposite. It's time for Downeast LNG and their venture capitalists to face reality, cease their fruitless delays, stop wasting everyone's time, and go home," Godfrey concluded.