ISSUES: Obama shuts the door on Arctic and Atlantic drilling for next five years 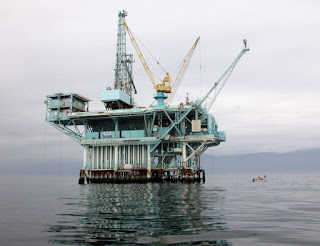 The Interior Department’s finalized oil and gas leasing plan for 2017-2022 was originally supposed to open up beaches from Virginia to North Carolina to new drilling, as well as the Chukchi and Beaufort Seas in the Arctic Ocean. However, after massive opposition from conservationists and businesses in the affected areas, the administration has cancelled most of the proposed leases. Unfortunately, offshore drilling is still allowed to move forward in 10 lease areas in the Gulf of Mexico, but this decision is far better than what was initially proposed.

Dead herring are washing up on the shore of St. Mary’s Bay. It’s got local residents and Department of Fisheries and Oceans looking for answers
For almost a week, hundreds of dead and dying herring have washed up with the tide along the northeastern shores of St. Mary’s Bay in Digby County. But no one seems to know why.
And now reports of injured and dead seals are surfacing.
Brighton resident Joan Comeau has a beachfront property she walks daily and first saw the fish washing up either dead or near dead a week ago.

When she checked on Monday, the herring were still washing up, but all were dead.“I hope they find out what’s going on,” she said in a phone interview. “Because they’re washing up on our property, this is personal to me.”
A day or so before she told the Chronicle Herald, she also saw some seals that had gashes all over them.
She’s never seen anything like this, she said.
Fisheries and Oceans reported a dead seal Monday that Department of Natural Resources staff picked up that afternoon. It apparently had washed up from the Digby side of the Racquette on the Annapolis Basin. Staff told the Chronicle Herald it was for the most part intact, but did have a small piece cut out at the back of it.
DFO’s Digby detachment says they hope to know before the end of this week what’s causing the herring mortality.
Apparently the highest number washed up on Friday, dead and dying members of the species used at this time of year to bait lobster traps.
Samples of the herring were sent to Moncton for testing, said detachment supervisor Gary Hutchins. Then they’ll know if the herring have a parasite that can affect their behaviour patterns, or whether it’s a natural phenomenon caused by whales or another predator.
“We’re learning this has happened in other areas before,” Hutchins said, explaining that DFO staff learned recently it happened off the coast of Tusket when a whale was looking to feed and chasing the fish up on shore.
Shawn Craik, associate professor of biology at Université Sainte-Anne, took some students to the site on Friday to collect samples and confirmed that the mortality appeared to be very localized.
“I’ve never seen anything like it, nor have the clam fisherman that we spoke to who’ve worked on the inner tidal flats around Gilbert’s cove for 40 years,” said Craik.