Aquaculture Could Be Conservation’s Secret Weapon – Before you lose it … read it!

Email ThisBlogThis!Share to TwitterShare to FacebookShare to Pinterest
Labels: Caves 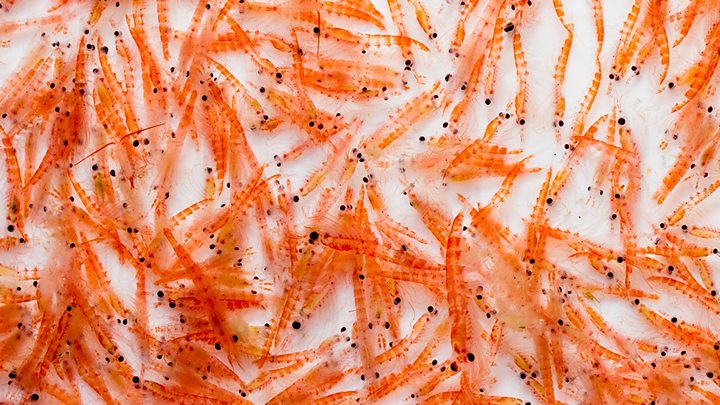 A keystone prey species in the Southern Ocean is retreating towards the Antarctic because of climate change.

Krill are small, shrimp-like creatures that swarm in vast numbers and form a major part of the diets of whales, penguins, seabirds, seals and fish.

If the shift is maintained, it will have negative ecosystem impacts, they warn.

Already there is some evidence that macaroni penguins and fur seals may be finding it harder to get enough of the krill to support their populations.

"Our results suggest that over the past 40 years, the amount of krill has, on average, gone down, and also the location of the krill has contracted to much less of the habitat. That suggests all these other animals that eat krill will face much more intense competition with each other for this important food resource," Simeon Hill from the British Antarctic Survey told BBC News.

The study is published in the journal Nature Climate Change.
It focuses on the Scotia Sea and the Antarctic Peninsula - the places where the crustaceans are most abundant.

Scientists have been gathering data in these areas since the 1920s.

Initially, krill catches were recorded to understand the environmental consequences of commercial whaling, but the information has continued to be collected through to the present.

Dr Hill and colleagues say the change in the distribution and density of the crustaceans is a clear signal that emerges in the data from the late 1980s onwards.

It coincides with a phase change in a climate oscillation known as the Southern Annular Mode.

The SAM essentially describes the dominant pattern of pressure zones in the southern hemisphere outside of the tropics.

The mode's switch in state in the late 80s produced warmer, cloudier, windier weather, and much less sea-ice in those areas where the krill had tended to congregate.

The larval stage of the crustaceans in particular has been strongly associated with the presence of a sea-ice habitat.
Predicted changes under way

The team's analysis indicates the centre of krill distribution has now moved to where more favourable conditions are found, tracking southward towards the Antarctic continent by about 440km, or four degrees of latitude.

"The average size of krill has lengthened over this period of time as well," said Dr Hill.

"And that's because the population has increasingly become dominated by older and larger animals. This is a result of a decline in the number of krill entering the population - what we call juvenile recruitment."

Margaret McBride, from the Norwegian Institute of Marine Research in Bergen, has written a comment article on the research in the same edition of Nature Climate Change.

She said models had predicted that krill would shift southwards in the future, whereas the new research suggested this contraction was already under way.

"It offers a profoundly adverse, but highly plausible, endgame for Antarctic krill that has serious implications for both the Southern Ocean food web and sustainable management of fisheries targeting this species," she wrote.

The krill do not only support marine mammals and seabirds; an international fishery also extracts something on the order of a quarter of a million tonnes of the crustaceans each year in the Antarctic region.

The campaign group WWF-UK said the study showed "the need to protect the waters off the Antarctic Peninsula with an effective network of marine protected areas - placing conservation above fishing interests."

POLLUTION: The truth about Boat Harbour mill pollution and the Northumberland Strait

An extremely powerful video about Northern Pulp's Boat Harbour and Mill. The killing of aquatic life began immediately on startup in 1960. Reminds me of the death of the St. Croix River and Estuary starting around the same time. In both cases promises were made which, in the end were basically lies.


Right whale calf #3 spotted!!
Catalog #1204 and calf were spotted by our aerial survey team on January 17, 2019 off Amelia Island in NE Florida. FWRI researchers also photographed the pair from the water.
Catalog #1204 has given birth to at least nine calves in her lifetime which makes her one of the most successful mothers in the population. Only two other North Atlantic right whales are known to have given birth to nine calves: Catalog #1240 and #1334.
Photo credit: Florida Fish and Wildlife Conservation Commission, taken under NOAA permit 20556-01
on January 18, 2019 No comments: Links to this post

J.D. Irving spokeswoman Mary Keith said the company decided not to fight the charge once it was decided there was going to be an allocation made to Bird Studies Canada, a group the company has had a long-standing relationship with. "Understanding that and the fact that we were likely looking at a long and protracted legal case, we made the decision to proceed with the settlement that was determined in court today," Keith said.

ISSUES: How a pulp mill killed commercial fisheries in New Brunswick’s St. Croix Estuary, and its lessons for the Northumberland Strait

EXOTIC JOBS ... HERE! THERE! AND EVERYWHERE!

Check it out! Lots and lots of exotic new jobs showing up. Subscribe by email to get the very latest! https://worldwhalebuzz.blogspot.com/ 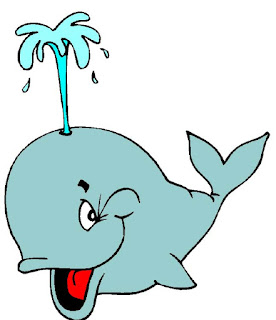