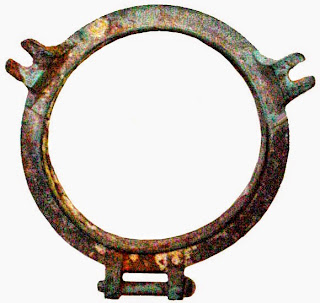 THIRTY-FOUR MEN DROWNED IN THE BAY OF FUNDY.

The Glasgow steamer Hestia was wrecked on Grand Manan Island, in the Bay of Fundy, New Brunswick, in a storm on Monday, and thirty-four of those on board were drowned, only six being saved. There were five passengers on board, all of whom appear to have been drowned.
The vessel, says a Reuter telegram from East Port, Maine, ran on to a shoal at Old Proprietor Ledge, her bows were impaled on a rock, and her after part, swinging free, was tossed high by the heavy seas. The captain had the boats lowered at the first shock, and as the vessel heeled over, and great waves swept her deck, the work was exceedingly difficult. In one of the boats four Scottish boys who were passengers were placed, with twelve of the crew. The boat, however, capsized, and all were drowned except two of the men. Still another boat was lowered, in which the captain took his place, with all the rest of the crew except six, who were left on board. When the gale abated in the afternoon the six men left on board were rescued by lifeboats. These, says a Lloyd's telegram, are the third officer (STEWART), the second engineer (MORGAN), and four seamen, KEEN (?Brian), McKENZIE, SMYTH, and McVICAR. The Hestia is a total wreck.

Three of the boats drifted ashore on Wednesday; two were empty, and the third contained four dead bodies.

38 Hours In The Rigging.
The third mate gives the following particulars:
The discovery of the ship's plight from the shore was delayed by thick weather. The survivors were lashed to the rigging for thirty-eight hours without either food or water, and when they were taken off by the lifeboat their condition was pitiable. Their sufferings were so terrible that it is feared that one of their number will not recover. After they had been in the rigging for twenty-four hours there were indications that caused them to fear that the mast would fall, and they therefore changed their position, working their way slowly and cautiously to the bridge, which was still out of water. It was, however, so exposed to the seas breaking over the vessel that they were obliged to return to the rigging.

Crew Of Clyde Men.
It is supposed that the vessel was misled by a wrong light, with the result that she was carried miles out of her course. She left Glasgow for St. John's, New Brunswick, on October 10th, with a crew of thirty-five, five passengers and a general cargo.

All the crew were shipped at Glasgow, and were chiefly Clyde men. The four Glasgow boys reported drowned were on their way to Canada in charge of horses with which to start farming.

The Hestia was a steel screw steamer of 2,434 tons, built in 1890. She belonged to the Donaldson Line of Glasgow.


February 5, 2013.
On Friday January 18 2013 NB Power released the preliminary results of a study that showed
that NB Power has grossly underestimated earthquake risk. The Canadian Nuclear Safety Commission
(CNSC) ordered a new site specific seismic hazard study be completed as a result of CCNB Action’s
intervention at the licensing hearings for Point Lepreau on Dec 2 2011. The preliminary results show that
the probability of a severe accident with a large release of radiation to the public is more than 40 times
greater than NB Power’s first submission to the CNSC and is 4 times greater than internationally
accepted safety goals.  This shows that Lepreau went from being the safest reactor in North America vis
a vis earthquakes , to one of the most dangerous
i
.
The Point Lepreau nuclear generating station’s ability to withstand earthquakes has been a topic
of controversy ever since it was built, when the lead seismic engineer resigned over the issue. This

OPINION: From Off the Coast of Massachusetts: A Cautionary Tale About Natural Gas Infrastructure

meltdown and a 1 in 100,000 years chance of a large release of radiation if earthquakes were added to its

probabilistic safety analysis. In 2007, NB Power reported to the CNSC that the chances of core meltdown and a

large radiation release at Pt Lepreau from earthquakes were 1 in a million years. Using data from the new study,

CCNB Action calculated that the chances of core meltdown are 1 in 7,825 years. For a large release of radiation,

chances are 1 in 25,000 years, an increase of almost 40 times the original NB Power submission.

CCNB Action’s Chris Rouse is not surprised at the results. “Whether or not Point Lepreau is able to handle

earthquakes has been a controversy ever since it was built. The lead seismic engineer quit stating that the

regulator was downplaying the seismicity of Point Lepreau, and that he recommended not building it at that

location. Recently, we found many errors in NB Power’s technical assessments that we reviewed as interveners in

the licensing hearings. We hope this study will alert the CNSC as to how dangerous Pt Lepreau really is and hope

they start doing their job and shut it down before something serious happens.”

-Pt Lepreau no longer meets internationally accepted safety goals, as stated at the time of licensing.

-the chance of a severe accident with a large release of radiation (1 in 25,000 yrs) is 4x more likely than the

seriously underestimated the costs and the time it would take to refurbish. Now, this new study shows that the

risks have also been underestimated. Science not only shows that the next significant regional earthquake will

likely be near Pt Lepreau, it now is clearly showing that Pt Lepreau won’t survive the shaking.” For more