A larger version of this tidal power generation system is being developed for installation at Grand Passage, near Westport. Fundy Tidal has partnered with Alberta’s New Energy Corporation to install and operate the tidal turbines.

Talk of electricity feed-in tariffs and tidal currents might elicit yawns in some parts of the world, but not on Long and Brier islands on Digby Neck.

The traditional fishing communities that extend from Westport up to Tiverton are abuzz with the possibilities of generating commercial levels of electricity at two sites, beginning in 2012, from the powerful tides that define Grand and Petit passages.

"These are not the biggest tidal energy projects happening in the Bay of Fundy, but they are significant, especially in terms of socioeconomic impact," Dana Morin, president of Westport-based Fundy Tidal Inc., said Friday.

This summer scientists will release sensors into the powerful tides, in an effort to assess prime locations for tidal turbines. By using sound waves, the sensors will also help scientists determine how whales and porpoises respond to the most powerful tidal currents.

Investors and observers of this exercise in community-driven tidal power generation will also be awaiting word from the provincial regulator on feed-in tariff rates.

Hearings by the Nova Scotia Utility and Review Board into feed-in tariffs concluded Thursday in Halifax. A decision is expected in six to eight weeks.

The next stage is for eligible groups, including Fundy Tidal, to make submissions under the province’s Renewable Energy Plan.

Morin said a satisfactory rate — what Fundy Tidal would receive in exchange for putting electricity onto the provincial electrical grid — is an essential component of the undertaking.

"Local people and businesses are the shareholders of Fundy Tidal," said Morin.

"There is a huge amount of work on the regulatory side and with the technology. It’ll be worth it when we put our first turbine in the water," he said.

He said the Fundy Tidal projects are not garnering as much media attention as the anticipated 2012 launch of four massive prototype turbines in the Minas Basin area of the Bay of Fundy, but have huge implications for rural communities in Nova Scotia lining the bay, and also across the turbulent waters of the bay in Maine.

Fundy Tidal and Alberta-based New Energy Corp. Inc. recently announced they have partnered to install and operate several tidal turbines in the swift currents of Grand Passage, near Westport.

The Nova Scotia company has also partnered with Ocean Renewable Power Co. of Maine to install one of their tidal power systems in Petit Passage, near Tiverton.

Morin said both projects will develop incrementally, starting with a single unit near the end of 2012 and progressing to an array of multiple devices that satisfies regulators and community stakeholders.

The biggest limitation on the amount of power that can be added to the provincial grid from the Petite and Grand passage locations is deficient power transmission infrastructure, he said.

Westport village commissioner Jim Outhouse said people in the area have worked long and hard to promote Digby County as a research and development hub for the emerging tidal industry.

"We see this new industry as a means to return to more prosperous days and attract new families, business and jobs to the region," he said in a press release on the project. 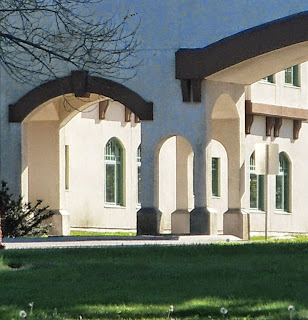 FREDERICTON - The New Brunswick government is negotiating with the Fairmont hotel chain to continue operating the Algonquin in St. Andrews on a non-brand basis.

Supply and Services Minister Claude Williams gave an update on efforts to sell the storied hotel during budget estimates for his department in the legislature yesterday.

Liberal MLA Rick Doucet asked Williams what will happen if a buyer or an investor is not found to take over the hotel by December 31, when Fairmont's management contract expires.

Fairmont has said it will not renew the contract.

"We will certainly be looking at an interim operator," Williams said.

"We have already asked Fairmont to operate the facility on a non-brand name. That means they would be operating it but not under the Fairmont brand. We're looking at every option."

Williams said the discussions with Fairmont about the non-brand proposal are ongoing.

"We haven't had a firm answer from Fairmont," he told Doucet.

Doucet, the MLA for Charlotte-The Isles, said the Algonquin hotel and golf course generate about $6 million annually in spin offs for communities in southwestern New Brunswick.

More ...
Photo Credit: Art MacKay
Get the pictures and subscribe at: http://fundytides.blogspot.com
on May 05, 2011 No comments: Links to this post